How much plastic do you think your children consume? Yes, its a real question. What comes into your head – 1 gram a week? 3?According to a Newcastle University study for WWF, at least 5 grams a week. The equivalent of four credit cards per month!!

Its PlasticFreeJuly and in last weeks blog we talked about the economic costs of plastic but today we want to share something much more important: the impact of plastic on our children and how to raise your children’s awareness of the problem.

PLASTIC: A DANGER FOR CHILDREN

Plastic is a modern problem..

Plastic has only been present in our lives for just over 60 years, during that time,we have accumulated 8.3 billion tons of this material on the planet.

In fact, plastic is such a new material its only now we´re beginning to realise its effects, which is especially worrying for those generations that have been exposed to plastic throughout their lives.

Spanish paediatricians already warned at its 67th annual congress that 95% of Spanish children urinate chemicals that alter their hormones. And the professor of the Faculty of Medicine of the University of Granada, Nicolás Olea, goes further stating that 100% of Spanish children of 4 years urinate plastic..

And what is worse, we know that developing hormonal systems, such as those of fetuses, girls and adolescents, are the most affected by endocrine disruptors, such as phthalates or bisphenol A, present in most plastics.

But what is really serious is that we don´t know the exact impact of the chemicals in plastic on the youngest in our society.

Studies suggest that the endocrine disruptors used in plastics could cause diseases such as dyslexia, autism, cancer or infertility but there is not enough research to support it and no credible warnings given to parents, so as a society we´re experimenting with plastic on the younger generations.

AWARENESS – THE KEY TO THE CHANGE 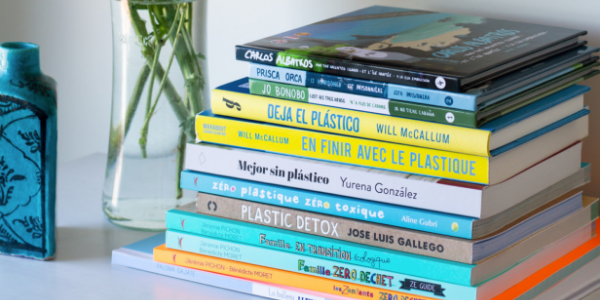 For the reasons stated above its so important that as parents, aunts, uncles, grandmothers, grandfathers, bigger siblings and teachers that we all become aware of the true impact of plastic in childhood, we need to educate the little ones around us to protect them in the future.

However, we also know as parents how difficult it is to explain complex problems without generating anguish or anxiety. That is why we are so fond of children’s books on environmental problems to raise awareness among the little ones without frightening them.

To help with this situation we recommend this fantastic book called Carlos Albatros and the haunted island.

Carlos Albratos believes that something strange is happening on his island; that strange objects keep appearing on its shores. So with the help of his friend Prisca Orca they go on a journey to solve the puzzle. 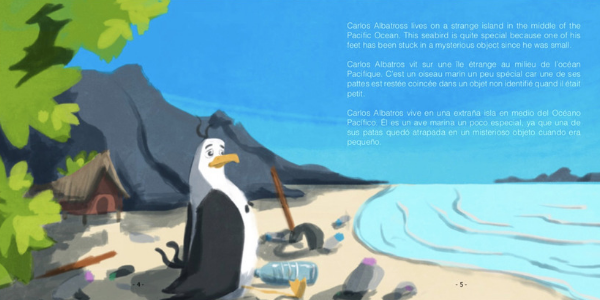 This fun book, published in collaboration with Surfrider Foundation (with which Sinplástico also collaborate), is an incredibly useful and entertaining tool to explain the problem of plastics to your children. Written in three languages ​​(Spanish, English and French), it has a final section with recommendations to become a hero or heroine of zero waste. Although the recommended age is 4 to 8 years, with its beautiful illustrations it can be read to younger children and babies.

We hope that this post has helped you understand the real cost of plastic in childhood and has given you tools to start fighting it.

Tell us, did you know the true cost of plastic in childhood? Do you have any tips or tricks you use with your children to raise their awareness of the issues with plastic?

We would love to read your opinions and comments.

You can find out more about which cookies we are using or switch them off in settings.

This website uses cookies so that we can provide you with the best user experience possible. Cookie information is stored in your browser and performs functions such as recognising you when you return to our website and helping our team to understand which sections of the website you find most interesting and useful.

Strictly Necessary Cookie should be enabled at all times so that we can save your preferences for cookie settings.

This website uses Google Analytics to collect anonymous information such as the number of visitors to the site, and the most popular pages.